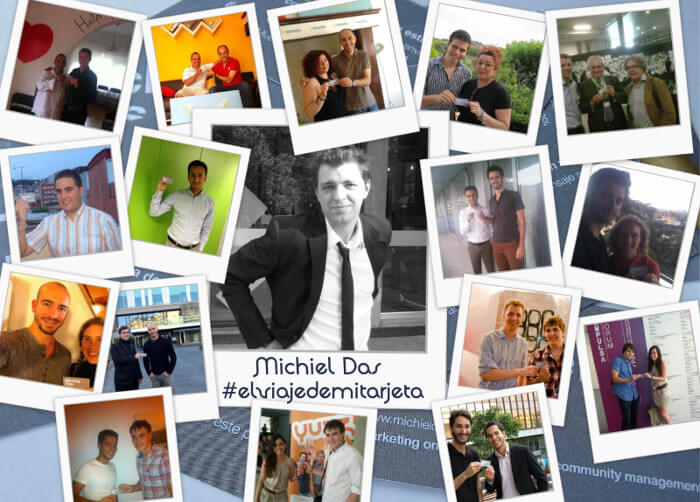 After looking for a job using the ‘traditional’ methods, I decided to apply the Theory of Six Degrees of Separation to my job hunt. I created three business cards and asked people to pass them on until I managed to find a job while at the main time updating their location regularily on my blog.

Here you can find a summary of the project (in Spanish):

After I lost my job as a Marketing Manager for a small startup that was part of a larger company in Barcelona , I suddenly lost my job because of the crisis. I started looking for a job the traditional way – that is, sending my CV to companies that might be interested in someone with my profile, and inscribing myself in relevant job offers – for more than two months, but without much success. As a matter of fact, I didn’t receive a single answer in all the time.

While attending a networking event about the importance of having good busines contacts when looking for a new job, someone mentioned the theory of six degrees of separation (a theory that attempts to prove that every person in the world is connected with any other person on the planet through a chain of people with no more than six contacts).

I didn’t give the theory much attention, until one day on Facebook I saw a very funny business card that many people had shared, and the theory came to my mind again. 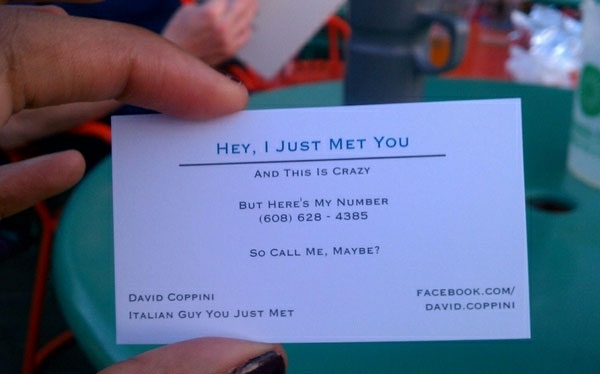 I decided to create three business card and give each one to a contact of mine, and asked them to keep passing on my business cards until they reached someone who could offer me a job.

I created the website elviajedemitarjeta.com on Tumblr, with the idea of dedicating a small article on each new participant in the project, and I also updated a map where all the followers of the project were informed about the whereabouts of each business card. Furthermore, I also opened a Facebook page, and started using the hashtag #elviajedemitarjeta on Twitter.

2. All the journeys of my business cards

After my business cards passed through the hands of 16 different people, I finally managed to find a job thanks to the project. In August I received an email from a friend of one of the project participants concerning a job offer he had seen at SEAT, where they were looking for an Employer Branding responsible…just the type of job I had been looking for during months! I signed up for the job offer, and after going through several interviews and an assessment center, they eventually decided to hire me…thanks to my travelling business cards!

3. More information about the project

The project began with the first business card, which started its journey on the 13th of June 2012 at 4:35 p.m. in the afternoon, and the three business cards together traveled 1412 kilometers, passing through the hands of 16 different people. Some more information about each business card:

Thanks to the project, I received 11 job offers in my mailbox, and I participated in 4 different selection processes. Three of these job offers were not even published on the Internet, or any other job portal. 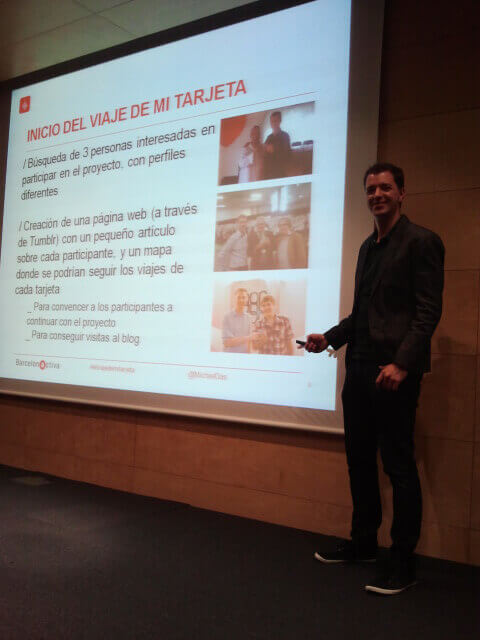