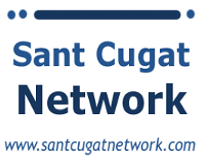 Sant Cugat Network was a nonprofit association inspired by my experiences as an Erasmus student to improve the contact between foreigners and local inhabitants, and between entrepreneurs, business consultants, investors and freelancers in the Vallès Occidental region of Barcelona through monthly language exchanges and networking events.

After having studied a semester in Barcelona as an Erasmus student, I realised the importance of having contact with the local inhabitants to better integrate into a country. During my stay in Barcelona, I met several locals who taught me all about their typical habits and ways of being, which helped me better understand their culture.

Therefore, once back in Belgium I decided to volunteer for a buddy programme for Erasmus students that came to study at the University of Leuven, with the idea of making their integration in the country and the daily interaction with the ‘locals’ easier. I liked it so much that upon returning to Barcelona in 2011 (this time for work related matters) I decided to continue in the same line and think of ways to improve the integration between the ‘locals’ and foreigners living in Sant Cugat del Vallès, with more than 85.000 inhabitants the third biggest city of the Vallès Occidental region of Barcelona. Since more than 15% of the population is of foreign nationality, Sant Cugat is a very international city with various multinational companies (such as HP) located in and around the centre.

By the time I was thinking about how to shape my project, the City of Sant Cugat announced that they were organising the Yuzz project, a programme for young entrepreneurs with innovative ideas, and I decided to present my idea. During the 6 months of the programme, I was able to develop my project and calculate its viability. Finally, 8 months later I officially launched my project ‘Sant Cugat Network‘, a nonprofit association created to enhance and promote the intercultural contact to all those who wanted to improve their language skills (through language exchanges monthly), and/or expand their network of contacts (through monthly networking sessions). 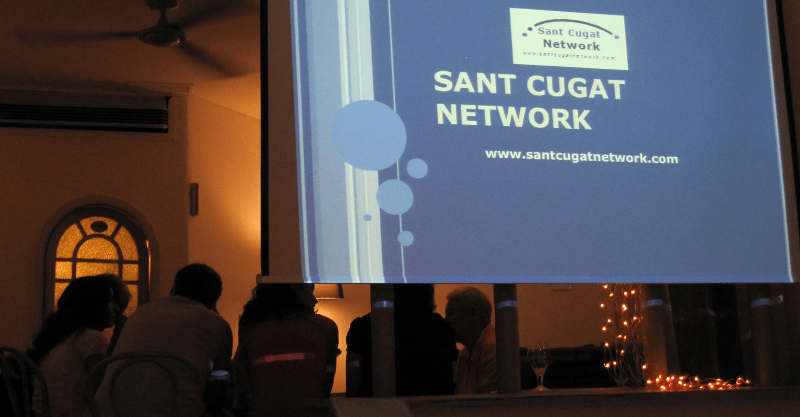 The language exchanges, organised once a month in an informal way at a bar in the center of Sant Cugat del Vallèsa, allowed attendees to learn or improve their knowledge of different languages and make friends at the same time, ​​in a relaxed atmosphere over coffee or a piece of cake. The language exchanges, which had an average attendance of 20-25 people per session (both foreigners and ‘locals’) had a duration of one and a half hour, but most of the time people were so comfortable they stayed to have dinner together as well. 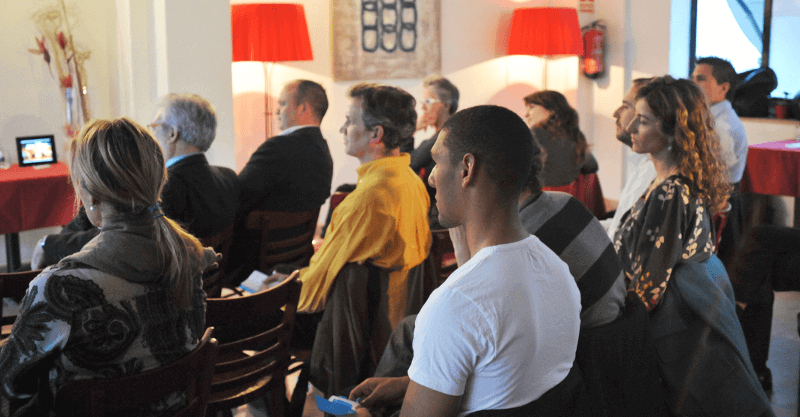 Once a month the networking sessions also took place to stimulate the inter-professional contact between entrepreneurs, business consultants, investors, freelancers and job holders. The networking sessions, which had an average attendance of 40-50 people per session, began with a conference of a speaker specialised in the areas of psychology, marketing, sales, etc., Who did a presentation on topics of general interest to the attendees. Afterwards, a (speed-)networking took place, during which the participants exchanged business cards, ideas and contacts. The language exchanges were completely free, and networking sessions had a symbolic registration fee, which also included dinner and a drink.

The Sant Cugat Network such a good reception among the people of Sant Cugat del Vallès and its surrounding cities that there were various requests to increase the frequency to once a week instead of organising the language exchanges and networking sessions every month.

The mailing list on the website, where anyone could register to be informed about the latest developments and upcoming activities, had over 800 people registered, both of Sant Cugat del Vallès as other cities of the Vallès Occidental region.

The local media dedicated several posts to the creation of the association, its latest news, and the weekly promotion of different activities.

The social media accounts created specifically for the project are currently still being used to spread messages of global interest to followers about the daily life in Sant Cugat del Vallès (as an example, the Twitter account has currently more than 900 active followers).

In the press section you can also find all the information published about Sant Cugat Network in the media.